close menu
From the moment it was launched in 2015, on a wave of heart-warming largesse, the British charity Care4Calais became a magnet for those determined to ease the plight of refugees stranded in northern France.
Volunteers pitching up at the charity’s usually bustling warehouse near Sangatte in Calais this week, however, would have found the rented building — still stuffed to the rafters with bags of donations from kind-hearted Brits — virtually abandoned.
A sign is taped to the door, declaring operations ‘on the ground’ have been suspended.
The reason for halting their urgent humanitarian work? According to a statement on the charity’s website, it’s down to an ‘immediate security issue linked to a former volunteer’.
But, as the Mail can reveal, the true story behind the temporary closure of this controversial charity is far more disturbing than that statement implies. The volunteer referred to is Mohamed Bajjar, a 28-year-old Tunisian who, we revealed earlier this year, had a year-long affair with Care4Calais’s 46-year-old married founder, Clare Moseley — the same boss who implemented a strict ‘no sex with refugees’ policy among staff.
Their relationship ended acrimoniously at the end of 2016 amid claims that Bajjar, who has frequently posed as a Syrian refugee called ‘Kimo’ and was hired by the charity as a translator and bodyguard, had tried to con Mrs Moseley out of thousands of pounds.
It was Bajjar, the Mail can reveal, who on June 14 broke into the Care4Calais warehouse and who, in an apparent act of revenge directed at Mrs Moseley, poured petrol around the building, intent on setting it ablaze. His spite towards his ex-lover apparently ran deep. Before the failed attack, he texted a friend with a chilling message which was shown to the Mail: ‘I will just end up killing her and taking her life easy. I’m really ready to do it because I love her more than anything in the world.’
Fortunately, he was thwarted before he could ignite the petrol.
Morgan Schuppe, 29, whose family owns the warehouse, said: ‘Kimo turned up alone clearly in a very agitated state. He was carrying cans of petrol and spread it all over the warehouse.
‘He was shouting about how he was going to set the warehouse on fire. He said he wanted to “kill everyone” associated with the charity, and he was particularly angry with Clare.’
Once inside, Bajjar stole keys and around 30 mobile phones which belonged to the charity. ‘I was present with charity workers,’ said Mr Schuppe. ‘We were very scared. I tried to reason with him. His breath smelt of alcohol. He was clearly drunk and furious. He said he had a grievance with Clare.’
Mr Schuppe knew ‘Kimo’ from his time as a worker with the charity but said he had ‘changed completely’.
‘He was in a terrible state. I called the police and when they turned up they had to handcuff him. Kimo was taken away and placed in custody in Calais. The police are not able to tell me how he is being dealt with. We are living in fear of him returning. We have spent a lot of money changing locks and reinforcing doors.’
Morgan’s uncle, Michael Schuppe, who owns the warehouse, added: ‘We may have to review our relations with the charity.’
While Bajjar is believed to be in police custody in Calais, Mrs Moseley, whose husband, Ben, 39, is a corporate tax partner at Deloitte in Manchester, is travelling in the U.S.
The statement about the closure of Care4Calais referred to ‘our founder and CEO, who will be absent for some weeks due to health issues and other personal commitments’.
But this nasty incident has again embroiled Care4Calais in a highly damaging scandal, one in which the fall-out from Mrs Moseley’s private life threatens to overshadow her volunteers’ philanthropy. 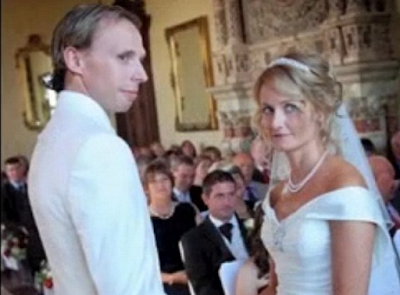