The Christian Association of Nigeria in South Africa has condemned Pastor Tim Omotoso who is being accused of sexually exploiting at least 30 girls.

The association’s Archbishop Benson Uwha said they are aware that not all Nigerian men necessarily have good intentions, but pointed out that some South African pastors are also accused of exploiting their congregants.

“We do not shy away from the fact that there are a few Nigerians who come into this land in the name of pastors and otherwise and drive undue excesses and despicable acts.

“We condemn the practices and also appeal to South Africans to let the law take its course. We as the association of honest and lawful Nigerians stand against such acts and do not support such,” said Uwha.

Meanwhile, President of the Nigerian Pastors Association (NPASA), Ranti Femudo says the association is made of honest and lawful Nigerians and they stand against despicable acts by the arrested pastor.

Pastor Tim Omotoso made his first appearance in the Port Elizabeth Magistrates’ Court last Friday on charges of human trafficking and sexual assault. 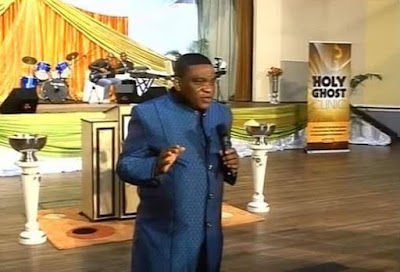 The 58-year-old controversial evangelist, with churches in Cape Town, Johannesburg, Bloemfontein, among others,  was arrested at the Port Elizabeth Airport on Thursday for allegedly traficking more than 30 girls and women who were from various branches of his church to a house in Umhlanga, KwaZulu-Natal where he allegedly sexually exploited them.

Man gets 7 years for forcing girlfriend to walk naked

During the court proceedings, State Prosecutor, Zelda Swanepoel, said that the State was not in any position to proceed with a formal bail application as the pastor’s personal circumstances needed to be verified.

The case has been postponed until May 3 for a formal bail application and to allow for further investigations that will include other provinces.

Meanwhile, hundreds of congregants from his church’s PE branch gathered at court in support of him.
Groups protesting against the pastor included people from various political parties including the Economic Freedom Fighters, African National Congress and ANC Women’s League.

“The next time he appears in court, people are going to come in their numbers. We spoke to the organiser of SAVE SA, the ANC and the EFF. This is not about political parties – it’s about everyone being affected by what’s happening in South Africa,”  she said.

The pastor remains in custody and is expected to apply for bail at his next court appearance at the beginning of next month.

Watch the video below…

Boko Haram Commander, Others Surrender To Police
AFCON 2019: Nigeria/Libya clash moved to Uyo Stadium
Nigerian homosexuals are the major asylum seekers in Canada - New Report
"I am worth more than N25m now" - Efe