close menu
Controversial Malawian-SA based pastor, Shepard Bushiri who is popularly known as Major One has introduced an anointed pregnancy test that will help his female members to know the man who got them pregnant.

Bushiri made the shocking revelation during an interview on Mpumalanga FM. 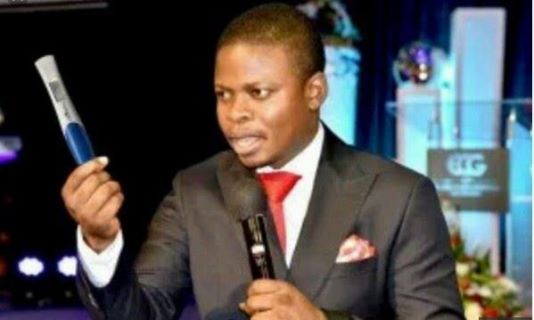 Speaking about the anointed pregnancy test, he said:

‘Instead of prophesying about the man who made them pregnant they can just use my accurate anointed pregnancy test. I speak the Word to those pregnancy test. The power of God will get in, they use my tests and God does something.’