A Nigerian teacher, who works at Federal Science and Technology College has penned a very shocking post that has outraged people. Immanuel Ifediata advised men to marry girls who just finished WAEC because they are young, naïve, loyal and as such have not developed the “runs girl” mentality.

Sadly, this ignorant post is from a graduate of English Language and Literary Studies from the University of Nigeria, Nsukka. An English teacher, who ought to advise his students to attain the greatest height, is choosing instead to advise men to marry them young so that they can easily subdue them. 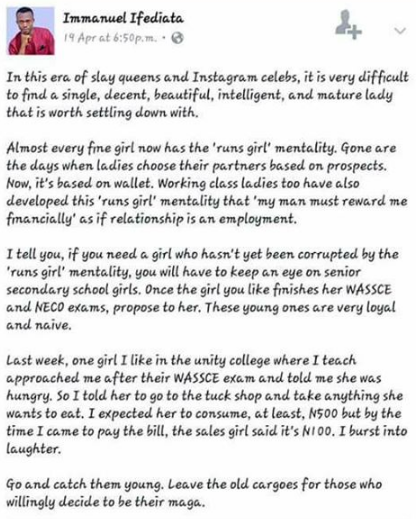 Sadly again, there were those who agreed with him by clicking the ‘Like’ button. On the other hand, a lot of Facebook users, most of them mothers, were outraged by the post and called him out.

A number of Facebook users called for him to be relieved of his job as a teacher because children are not safe with him. He has since deleted the post.

This will not be the first of such post that he has shared. His Facebook page has similar posts that belittle women. There is also a post that gives very intimate details of a sexual encounter he had with a female neighbor. See a few of the reactions to his post below. 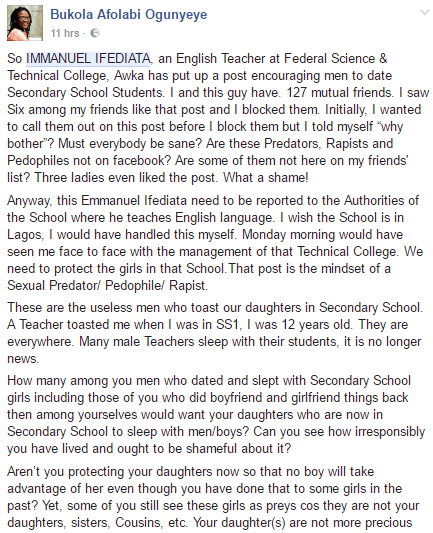 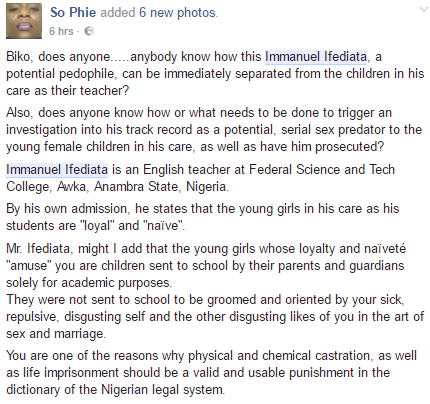 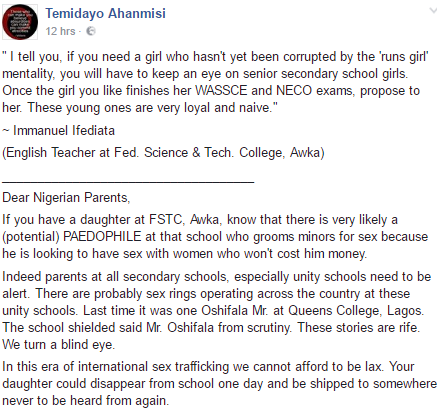