close menu
Members of House of Prayer Ministries located in Makerere in Uganda, were left shocked when their pastor, Aloysius Bugingo on Easter Monday set thousands of Holy bibles, belonging to them ablaze saying it was misleading.

According to Zambezi Report, the pastor claims that the lines talking about the Fasting and Lent, in general, were erased and that the word ‘Holy Ghost ‘appears a whopping 99 times yet the word ‘Holy Spirit’ appears only seven times. 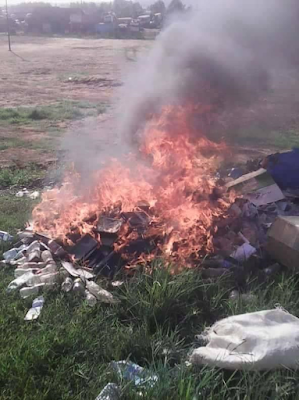 He says that Bibles like The King Jame’s version, the New Testament, The Good News Bible have been tampered with and some verses were omitted.
Pastor Bugingo who has 3,000 to 6,000 members who attend prayers at his church daily requested for their Bibles which has the misleading lines and set them ablaze on Easter Monday. 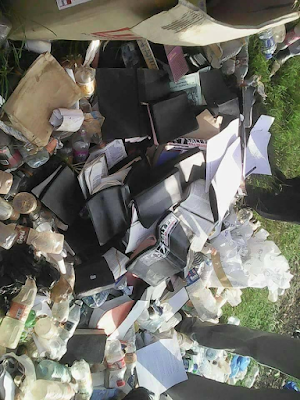 John Travolta accused of sexually assaulting a man
Will Smith “Takes Out” August Alsina over rumored affair with Jada Pinkett
Alaska: Man Kills Wife For Daring To Laugh At Him
Wayne Rooney Retires