close menu
Popular South African artist, Ayanda Mabulu has sparked an outrage on social media for making a controversial artwork of  President Jacob Zuma having sex with former President Nelson Mandela who died in 2013.
Although, the Nelson Mandela Foundation on Facebook has issued a statement saying, that though it respects the right to freedom of expression, it finds the ‘painting distasteful’.

‘In reaction to the painting currently in the public domain by Mr. Ayanda Mabulu, the Nelson Mandela Foundation notes the public outrage it has caused and appreciates that the public is offended by it.

‘The Foundation would like to express that it respects Mr. Mabulu’s right to freedom of expression.

We, however, find this painting distasteful, the statement added.

While a statement released by the Presidency also criticized the painting, but added that they respect his freedom of expression.

‘Whilst we respect Mabulu’s freedom of expression, we find his work grotesque, inflammatory and of bad taste,’ the ANC said in a statement.

See the photo after the cut and see what South Africans are saying about the controversial painting. 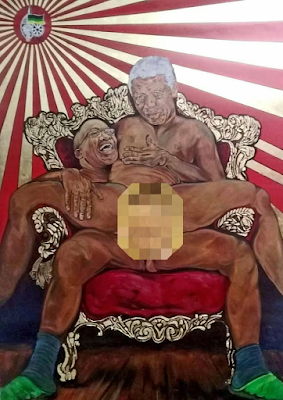 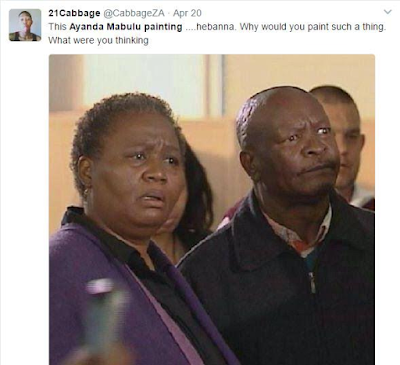 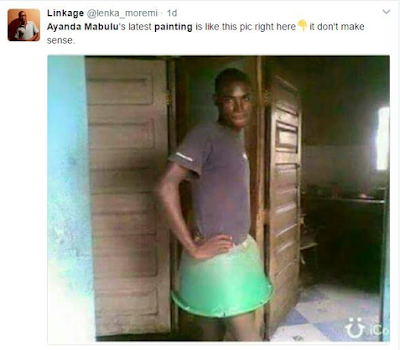 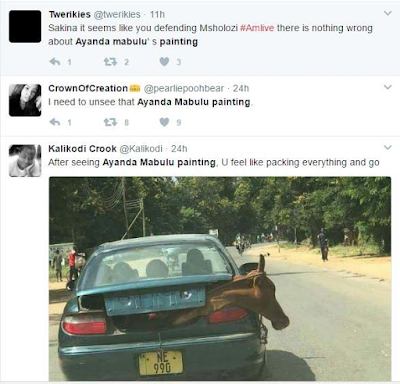 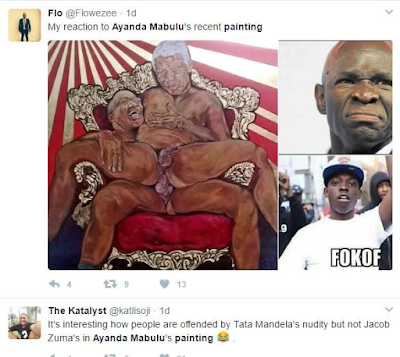 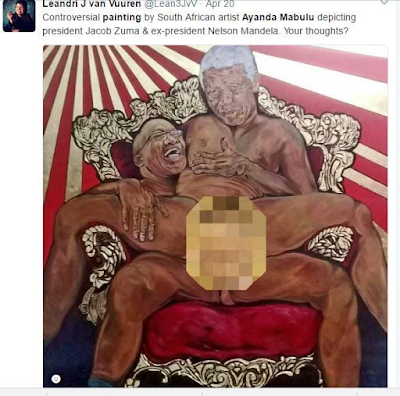