Transport Minister, Rotimi Amaechi, has filed a N2 billion lawsuit against former Aviation Minister, Femi Fani-Kayode and media aide to Ekiti state governor, Lere Olayinka, for claiming he owns the $43 million found in an apartment in Ikoyi recently. FFK and Lere Olayinka went on Twitter last week to claim that the seized money belonged to Amaechi.

In separate letters to FFK and Olayinka, counsel to Amaechi, Lateef Fagbemi, demanded N1.5 billion from Olayinka and N500 million from Fani-Kayode.

According to Fagbemi, Amaechi has never owned a home in Lagos state. He stated that the claims by FFK and Olayinka can tarnish Amaechi’s reputation.

“The story as uploaded by you is to our knowledge, blatantly false, malicious and is aimed at impeaching the credit of our client, a two-time speaker of the Rivers state of house of assembly, a two-time governor of Rivers state and current minister of the federation. Our client neither owns the house where the cash was found and your story and claim are unfounded.” read a letter sent to both men.

Fagbemi says the claims by both men constitutes a libel and is defamatory “aimed at impinging our client’s character and credit in the eyes of Nigerians and foreigners.” See copies of the court papers below… 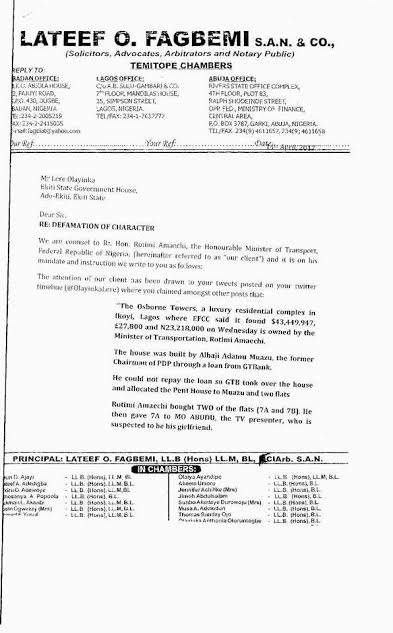 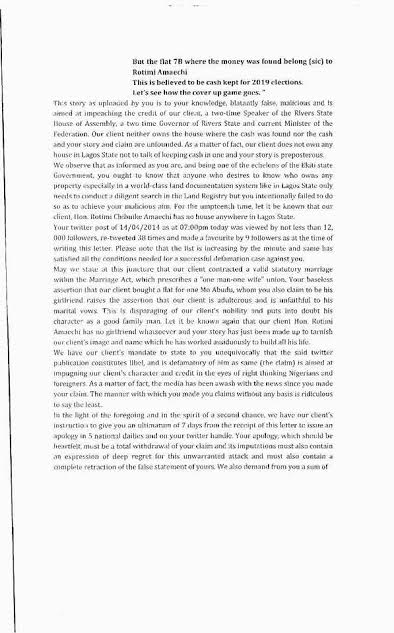 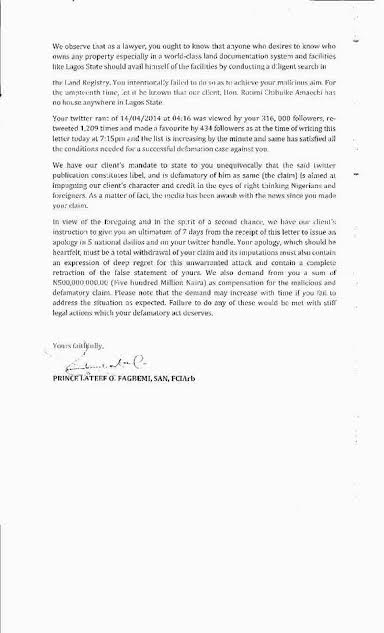 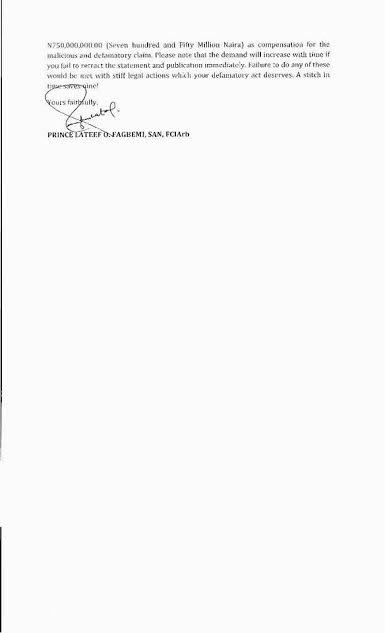