At least 12 people suffered burns after a man sprayed acid inside a club in east London.

Hundreds of revellers were evacuated from Mangle E8 in Sidworth Street, Dalston, after police were called at about 01:10 BST.

Officers believe a man threw acid at two men after a dispute between two groups inside the venue.

Two men in their 20s remain in a serious but stable condition in hospital.

Ten other people were were treated for minor injuries, the Metropolitan Police said.

A London Fire Brigade spokesperson said: “The only information that we have is that it was an unknown corrosive substance thrown within the nightclub.

“It was identified by a pH paper test as a strong acidic substance.”

It is understood about 600 people were at an event in the club.

Officers said 10 people were taken to hospital by ambulance, while a further two sought treatment at A&E. No arrest has been made yet. 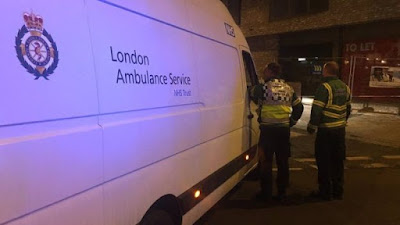 36 killed after ‘man’ storms casino,starts a fire before burning himself to death
Mother and daughter explain why they still live with man who scarred them with acid
See the face of Manchester Arena bomber, Salman Abedi
Photos: Husband And Wife’s Bodies Are Found Perfectly Preserved In A Swiss Glacier After They Vanished 75 Years Ago